Imagine that you were a rich person in Rome in 4AD or 5AD, or a talking traveler who was passionate about talking and making friends with some well-educated people. And on this kind of occasion, a Sundial must be a good choice if you want to show something to your friends, and the Sundial in Rome period is in equivalence to the iPhone today.

The sundial was originally designated for the illustration of time, while became a fashionable thing among people. Most sundials were made of some shinning bronze. And it could be easily taken wherever you go, but you need to know some technological knowledge so that you can use it in right way. And more than ten kinds of sundials have been found carved with some coordinates information, which told people where it can be used. 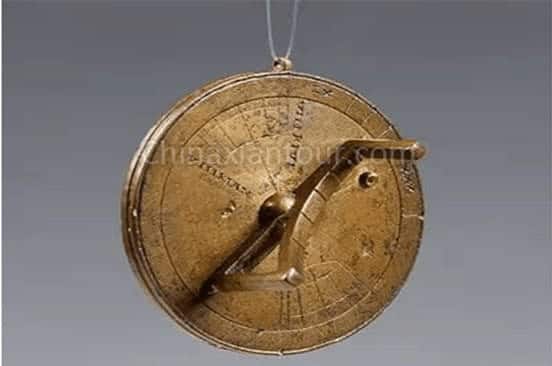 The sundial was acknowledged as a kind of powerful tool, which is equally strong with the modern GPS and atomic clock, it could even be used to calculate the longitude. And the ancient Roman people didn’t calculate the time by the 60 minutes each hour, and they divided the day from the sunrise to sunset into 12 periods, and they also divided the night from sunset to sunrise into 12 periods, which was a calculation system derived in the Egyptians. I t means that there were 45 minutes each hour in the winter days and 75 minutes each hour in summer days in the perspective of the Roman people. And time can remind people to have meetings, have meals and so forth despite its inferior in the accuracy. Professors who studied the sundials assumed that most sundials cannot be accurate into hours. However, time is essentially important to the Roman people passionate about the Astrology. Astrology can predict the concrete date when some meetings would be hold. Hundreds-year-old tombstone carved with the dying time of people, some even concretely recorded to the hour. Time was of great importance in that time even there was no clock or work schedule. To some extent, that is the reason for the popularity of the sundials in that time, and over 500 sundials have been found until now. Sundials brought people a lot convenience, and people could know the time even in a travel. The limitations of the function of the sundials are that the sundial is expensive, and it is difficult to judge the time when it is in the midday. There are various kinds of sundials, and the way to use one kind of sundial is quietly particular, and you need to turn the small sundial surface in the big sundial surface to set the latitude, and then turn the grinding in the small sundial to set the month. These place names arranged on the basis of the latitude is the most interesting part of the sundial, which clearly showcases the peace and freedom spirit of the Roman people. But the shortage of the systematic geography and the place order also shows that the Roman people didn’t have the ability to draw the panorama of the world.