What are the best places for tours in Suzhou? With the reputation of “Oriental Water Capital”, Suzhou boasts many ancient water towns featured with small bridges and flowing water. Also, with the long history and splendid culture, Suzhou has many tourist attractions that can attract tourists’ eyes. This one day private tour will lead you to visit Humble Administrator Garden and Silk Museum in downtown area, the Hanshan Temple, Silk Museum and Tiger Hill in the skirt of the city.

*Visit Tiger Hill and Listen to its interesting legendary.
*Visit one of the four famous gardens in China—Humble Administrator Garden.
*Appreciate the history and art of in the Silk Museum.
*Learn about the traditional Chinese culture in Hanshan Temple.

AM: At 08:30 our guide and driver will greet you in your hotel lobby by holding the board with your name. Today’s first stop will be Humble Administrator Garden which was originally built in the early 1600s. It is a typical ancient Chinese style garden in southern China. In 1509 of the Ming Dynasty, the central government officer Wang Xianchen retreated from politics. After his retirement, he spent 16 years to construct the garden for his later life. The whole garden falls into four sections: the east sections, the middle sections, the west section, and the south sections. The south section was for living and all the other three sections were for amusement.

PM: We will drive out of the city area to visit the 1400 years old Hanshan Temple. It was originally built in the Six Dynasties Period (222-589). In the later centuries, the temple was set to fire for several times. And the last rebuilt of the temple was done in late 1900s in the late Qing Dynasty.

After that we will drive to pay a visit to Tiger Hill. The hill locates at the northwest skirt of Suzhou city area. In local legend, in the Spring and Autumn Period (770BC-476BC), Fuchai (King of Wu Kingdom) buried his father in the hill. And after the bury, a white tiger stay there for 3 days. So the later generation called the hill Tiger Hill. Though the hill is not large in scale and has an altitude of only 30+ meters, it is the highlight cultural and natural scenery in Suzhou. During your hiking along the path, you will meet many highlight sites and learn about some interesting stories.

After the tour, you will be escorted back to hotel in Suzhou downtown area at about 18:00. One Day Suzhou Tour with Grand Canal Cruise
What are the best full-day tours in Suzhou? In china there is a saying “There is paradise in Heaven and on earth there are Suzhou and Hangzhou”. Suzhou is a economically developed city and also a city good for habitation. Take this one day Suzhou tour to explore the best highlights including Grand Canal,… 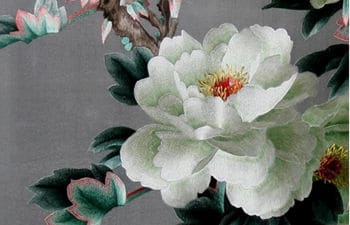 Old Suzhou City Day Tour
Have you ever gone to the artistic Suzhou? Suzhou city has a history of over 2500 years. The long history left the city with lots of historical and cultural relics. This one day old city day tour will lead you to visit the best highlights including Lion Grove Garden, Humble Administrator Garden, Silk Museum,…