The Yellow Emperor and The Remarkable Worshipping Ceremony

The Yellow Emperor and The Remarkable Worshipping Ceremony 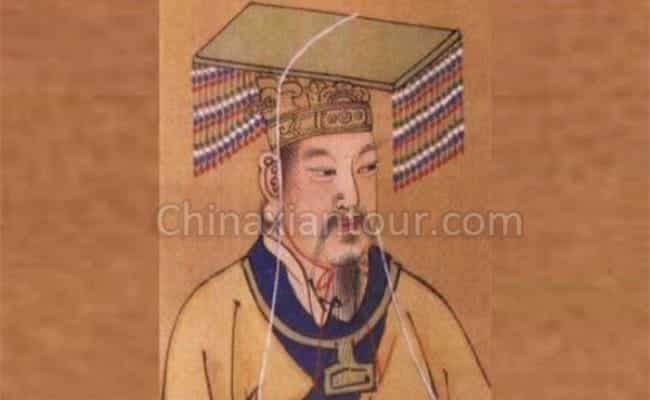 The Yellow Emperor (2717 BC – 2599 BC), the common master of the Chinese nation in ancient times, is respected as the “founder of humanity” of China. His surname was Gongsun at first, later changed to Ji, with given name being Xuanyuan, so people also call him Ji Xuanyuan. The Yellow Emperor(Huangdi) is remembered for his great achievements in unifying Huaxia(means the whole China in cultural sense) tribes and conquering the alien tribes. During the reign of Huangdi, he boosted planting of a variety of species, vigorously developed production, and began to make clothes, build boats and vehicles, made music and social rules, etc, advancing the whole nation’s development to a great extent. The development of agricultural production in Huangdi’s time also defined the basic direction of the later progress of Chinese culture, forming an unique Chinese civilization based on agricultural civilization.

After the death of Huangdi, people at that time set up temples and altars to offer sacrifices to him with various exquisite utensils. After the founding of the PRC, especially since the reform and opening up, the sacrifice of Huangdi Mausoleum is gaining more and more attention from Chinese people at home and abroad, and the scale of sacrifice is also increasingly ceremonious. On May 20, 2006, the Huangdi mausoleum festival in Huangling county, Shaanxi province was listed in the first batch of national intangible cultural heritage with the approval of the State Council. Throughout the history, the ceremony of sacrifice is not all the same way. However, in each dynasty, the emperors all attach importance to the sacrifice, and to repairing of Huangdi Mausoleum. Nowadays, the sacrifice ceremony is always held on every April, 1st(The Qingming Festival) in Huangling, the place where Huangdi was buried, and every year the public memorial activities are attended by state leaders. Participants in the sacrificial ceremony all wear yellow neckerchief, to be allowed to join in. The ritual activity of Huangdi Mausoleum are sacred and solemn, and it pays great attention to specific ritual procedures and strict requirements on sacrificial objects.

For people who travel to Xian, many of them also particularly visit Mausoleum of The Yellow Emperor with about 2 hours’ driving journey from Xian downtown, which usually combines with tour to Hukou Waterfall, as a popular option for Xian side trip to Yanan. In a way, it is the emblematic of the origination for Chinese culture.